The words we use to cover the jail system

In journalism, the words we use carry a lot of importance. A journalist’s job is to make news understandable and accessible, but also to stay impartial and as objective as possible: the language we use matters. In contexts like criminal justice, the language we use is even more important since it can shape the audience’s perception.

Akiba Solomon, Senior Editor at The Marshall Project, mentions research and forums held in prison to discuss the use and impact of certain words in the jail system. A lot of the language used to refer to incarcerated people was actually considered dehumanizing and offending, especially the word “inmate” in particular that landed in some places like the N-word.

Lawrence Bartley, Director of “News Inside” for The Marshall Project, adds to this the fact that journalists, as well as people in general, are conditioned to use the word “inmate,” since it is the way guards, policies and such refer to incarcerated people as. On top of this, this is a language that is often used in a dehumanizing way inside of prisons, by guards and prison personnel.

“Our job in journalism is not to mimic the law enforcement system. Instead, our job is to hold the law enforcement system accountable. And it’s very hard to do that when you have adopted the language that they use to create a reality… You could argue that our system of criminal justice is meant to dehumanize people,” says Kelly McBride, Senior Vice President and Chair of Craig Newmark Center for Ethics and Leadership at The Poynter Institute.

On top of the harm inflicted on incarcerated people, using the wrong language or loaded language has a tremendous impact on an audience’s perception. Words like “inmate,” “convict,” “felon,” “sex offender,” “criminal” are stigmatizing and far from being neutral.

“When we use words which define people by terms like ‘criminal’ and stigmatizing language, there are impacts on the public’s perception of those people’s risk of recidivism, but also the public’s willingness to employ people who have these kinds of labels attached to them,” says Dr. Alexandra Cox, Senior Lecturer at the University of Essex.

When the situation becomes alarming is when we acknowledge that 76% of people in county jails are waiting to be adjudicated, and have not been convicted yet. Using terms as “inmates” to describe this population actually implies guilt, and there is no way to undo such implications. Digital media worsen this, as calling someone “inmate” creates a new identity for someone, that is made permanent since what is on the internet stays forever. Newspapers can be thrown away, but what has been posted online will always leave a mark. As Cox underlined, this becomes an unwanted identity that can prevent someone from finding a job or housing because of that label.

Bartley adds to this that loaded language puts people in categories, while it is not the journalist’s job to substitute the justice system. He makes the case that people, incarcerated or formerly incarcerated, should remain treated as people first.

“When you start classifying people as convicted or not-convicted … then you get instances where we all know the media plays a huge role in the way that people think and view the world. I see regularly when someone was pulled over by the police, or shot by the police, they say ‘the person didn’t have a gun and the person didn’t have a criminal record.’ So, people incarcerated or formerly incarcerated say ‘if I had a criminal record does that mean that it’d be good to shoot me?’ … People are people,” Bartley

The Marshall Project advocates for journalists to start choosing the right words, just like “handicap” is replaced by “people with disability,” and like “illegal alien” is replaced by “undocumented people.” Language evolves, and it should keep on being adapted. Besides, using the right vocabulary adds to the precision and makes journalism more accurate, in an era where we put too much weight on the grabbiness of headlines and dismiss the accuracy part, especially in the clickbait era.

“What you do is you distract from the work you’re actually presenting when you use such loaded language. The assumption by journalists is that this is neutral language but what we continue to hear is that this is not neutral, and so there are not really compelling reasons to continue using these words besides ‘I don’t want to change’ or ‘incarcerated people is too long,'” Solomon says.

What vocabulary can be used then?

Solomon believes there are plenty of ways to rephrase a sentence in order to make it less loaded. She gives a few examples.

Cox believes that there also are simple ways to transform sentences in order to make them more neutral, such as “Jane Doe is a robber” that can be turned into “Jane Doe was convicted of felony robbery,” which does not contain any underlying assumption.

“This is about talking about the acts that people have engaged in rather than the people as the sum of their acts, … a person should not and cannot be distilled to an act,” Cox explains.

There is however an exception that the experts seem to agree on: the word “prisoner.” This is a term that is considered way less loaded by society since it has different meanings outside of the criminal justice system. Bartley underlines that prisoner does not refer to an identity but rather a mental and/or physical state of being, like in the expression “I am a prisoner of my own thoughts.” Therefore, while it is not ideal to use, the word prisoner is preferred over other terms like “inmate,” which strictly refers to the jail system.

In conclusion, Solomon believes that there should be more attention paid to vocabulary when covering the jail system, and journalists should always keep in the back of their mind that incarcerated people remain people.

“Calling a person a person, calling someone an incarcerated person does not exonerate them. Only if you queue to the idea that people who commit crimes … are somehow less human, that’s the only way that this would exonerate them,” Solomon concludes.

These thoughts were gathered during the webinar The Words We Use to Cover Criminal Justice, Jails, and Prisons organized by the Poynter Institute in partnership with the Marshall Project. 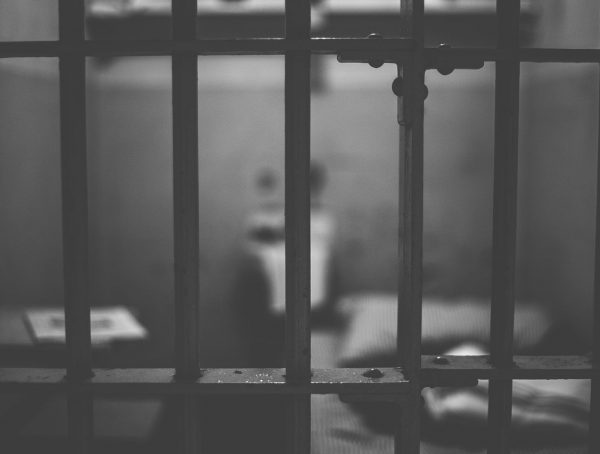 Featured Resources
News Inside: A Newspaper for Incarcerated People
© 2019 NewsLab | Powered by the UM School of Journalism and New Media