News Inside: A Newspaper for Incarcerated People

Lawrence Bartley, founder, and director of News Inside, along with the Marshall Project created a newspaper designed to circulate within jails and whose audience is incarcerated individuals.

The Marshall Project is “a nonpartisan, nonprofit news organization that seeks to create and sustain a sense of national urgency about the U.S. criminal justice system,” according to their website. Bartley has himself served 27 years in prison and landed a job with the Marshall Project when he got out. His position as an ex-incarcerated person was beneficial to the Marshall Project since he was able to provide insights from the other side. He recalls his beginnings with the organization.

“First thing I was tasked with was looking at the Internet. … I saw that we wrote these award-winning stories about criminal justice and it would have been immensely helpful to me while I was on the inside, so I figured that it would be helpful to my incarcerated peers whom I had left when I went home. I pitched the idea to create News Inside, which is still a print publication now that goes into prisons and jails across the country,” Bartley explains.

There are nearly 2,000,000 people behind bars today, and prisons comprise the largest news desert in the country, due to limited access to books, the internet, and other reading material.

“There may be officers who bring in a newspaper and they can’t give it to an incarcerated person to read because that officer can be charged with promoting prison contraband. So what many folks do is they wait until the officer throws the newspaper in the garbage can, and then they pick up the newspaper and they read it, and it circulates around the facility a lot of times,” Bartley says.

Studies from Human Rights Watch and Prison Legal News said between 20 and 50 times reading material is passed on inside the correction institution, meaning one magazine can be passed around about 50 different hands.

News Inside then started to be distributed around prisons and jails on tablets since incarcerated people have to pay to have access to songs, movies, photographs, emails while making about 10 cents per hour. They partnered with Edtech companies (standing for Education and Technology) and created a system where incarcerated people have to do academic exercises in order to earn credits that they can use to purchase entertainment.

News Inside is now available within over 600 facilities, in 41 states, including Canada. However, it started posing problems when the redaction learned that three-fifths of the incarcerated population has literacy issues and therefore cannot benefit from News Inside. Bartley and his team, therefore, decided to address that by creating Inside Story, which is a video series. It is currently circulating in over 280 facilities across 35 states. The stories featured also count towards academic learning and offer incarcerated individuals the possibility to earn credits through answering questions about the topic of the video.

They recently published on News Inside a “Language Project” where they unpacked terms like “felon,” “convict,” “inmate,” and “offender,” and whether these terms are right to be used in journalism. They decided on their part to stop using these words, who do not describe incarcerated people as people first but instead label them.

“For instance, we were writing a story about an incarcerated person who created a new app, and we wrote this story calling this person ‘inmate,’ ‘felon,’ ‘offender’ throughout the whole story. We found out it’s distracting for people because people have their own mental construct of what an inmate is, and it causes them to think about that, and to think about what that person is in prison for. They start thinking about many things unrelated to the story,” Bartley explains.

The goal of avoiding that language is not to diminish the fact that this person allegedly did a bad thing, or make the case that this person should not be incarcerated. According to him, it is more so about shifting the focus of the story.

“It’s just our job to report a story truthfully and fairly, and as a journalist, we felt that using those descriptive terms wasn’t doing that because we were bringing other emotions and calling up other constructs that would take away from what we were trying to accomplish,” Bartley says.

Being sensitive in language use, and taking into consideration incarcerated people as more than people to write about and to write for helped Barley and his team develop trust from the incarcerated population. That allowed them to be able to rely on inmates as sources or fact-checkers while prison administrations or PR offices would not necessarily cooperate. Regarding the pandemic, News Inside‘s coverage of the COVID-19 vaccine (which they did both in English and Spanish in order to reach a wider audience due to the importance of the topic) was particularly efficient thanks to the trust of the readers in the publication.

These thoughts were gathered during the Poynter Institute‘s series on “Covering Jail and Police Reform.” 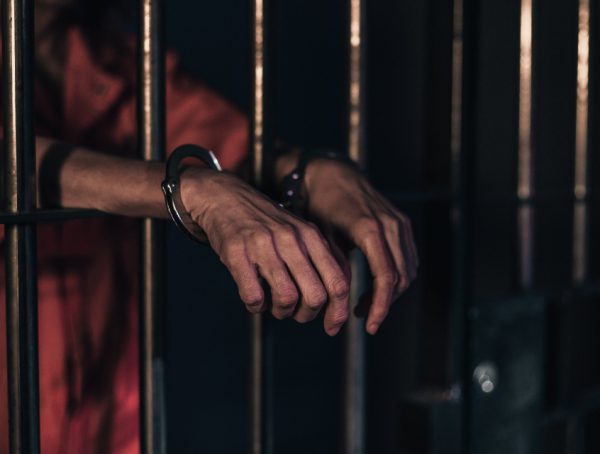