It’s been a year since that awful morning at WDBJ-TV in Roanoke, Virginia. A year since a promising young reporter, Alison Parker, and a well-liked photographer, Adam Ward, were shot to death during a live report by a former employee of the station. The murders caused soul-searching in some TV newsrooms about the security of crews in the field, but there’s no evidence the industry as a whole has changed its ways.

WDBJ, on the other hand, has changed. Owned at the time of the murders by Schurz Communications, a privately-owned company based in Indiana with stations in seven markets, WDBJ was sold to Gray Television as part of a package deal.  Schurz is out of the local TV business altogether. Gray now owns or operates stations in 51 markets.

As often happens when stations change hands, layoffs hit WDBJ a few months after the acquisition. About 10 people were let go–most of them photographers and other off-air staff–and according to Brian Stelter of CNN, there is now increasing pressure on WDBJ employees to work solo.

Two employees said on condition of anonymity that the “one man band” assignments are becoming more common but that news crews with multiple employees still handle some stories.

This should not come as a surprise to anyone who follows the TV news business. Roanoke is a medium-sized market (No. 69, according to Nielsen (pdf)), but the VJ phenomenon hasn’t been confined to the smallest markets for quite some time.

A new documentary produced by Karin and Bill Schwanbeck, who teach journalism at Quinnipiac University, takes a look at the practice. The film follows five young journalists as they struggle with the reality of small-market TV news–long hours, low pay, and lots of time alone in the field. The filmmakers also talked to Mary Bock, now at the University of Texas, whose research on VJ’s we featured a few years back. They interviewed me, too.

Small Markets, Big Dreams runs an hour. If you know any aspiring TV journalists, make them watch it. They should know what they’re getting into. 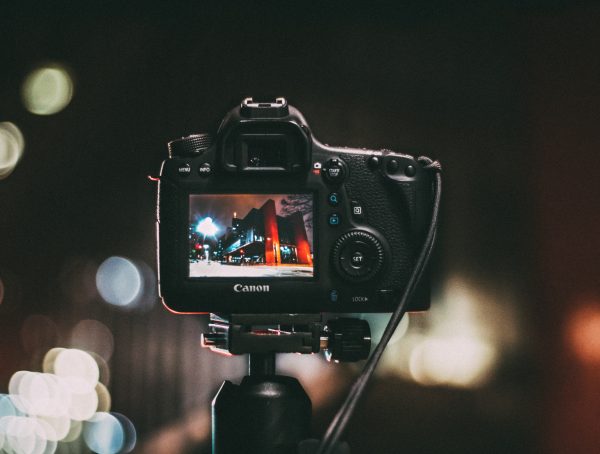