Quick: What do Wynton Marsalis, Elizabeth Smart and Chelsea Clinton have in common? They have well-known names, certainly, but that’s not all they share. All three are now employed by network news divisions, which speaks volumes about both the power of celebrity and the current state of television journalism. CBS News recently gave Marsalis the title of cultural correspondent and said he’ll “provide insight into a broad range of cultural and educational developments.” As a Grammy-winning jazz trumpeter, Marsalis certainly knows music. But his portfolio is so broad – potentially ranging from painting to preschool – that the decision to hire him could not have been based solely on his expertise. He is, however, a known quantity, not just to music lovers but to the network. Marsalis recorded the trumpet fanfare that’s been used for years as the opening theme on “CBS Sunday Morning.” And, oh yes, he’s already been on the air, as the subject of not one but two glowing profiles on CBS’ “60 Minutes.” 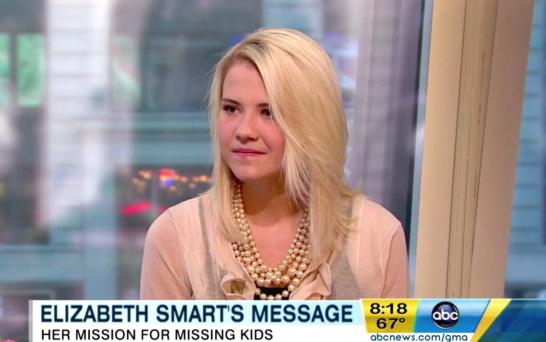 Smart, on the other hand, is being paid specifically because of her personal experience as a kidnap victim. Her role as a contributor to ABC News programs is “helping viewers understand missing-persons stories from the perspective of knowing what a family experiences when a loved one goes missing,” according to network spokeswoman Julie Townsend. Smart’s portfolio is so narrow it’s not clear why the network would bother to sign her. She’s been on the air only a few times since joining ABC last July. But the deal gives ABC exclusive access to Smart, a privilege the network apparently decided was worth paying for.

And then there’s Clinton, hired by NBC News to cover stories for its “Making a Difference” franchise, those feel-good pieces that often end the nightly newscast, and to contribute to the network’s new prime-time magazine show, “Rock Center with Brian Williams.” She’s not the only “first daughter” to be drawing a paycheck from NBC; Jenna Bush Hager is a “Today” show correspondent, brought on board two years ago straight from her job as an elementary school teacher. 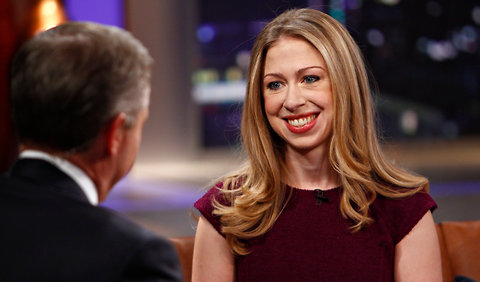 Clinton didn’t exactly go looking for the job, either. NBC contacted her after hearing that she was “kicking around what she wanted to do next,” said news division President Steve Capus. If that wasn’t enough to stick in the craw of young TV journalists paying their dues in tiny markets like Abilene or Elmira, there was also this comment from Capus: “Given her vast experiences, it’s as though Chelsea has been preparing for this opportunity her entire life.” Really?

Clinton has worked for a consulting firm and her father’s foundation and served on corporate boards, but she never wanted anything to do with the news media until now. She’s been so dead set against giving interviews that in 2007 she wouldn’t even answer a question from Scholastic News. “I don’t talk to the press,” she told the 9-year-old reporter, “and that applies to you, unfortunately – even though I think you’re cute.”

Let’s be honest. Clinton, Smart and Marsalis are on the air because they’re celebrities, and no one should blame them for taking advantage of their fame. The networks, on the other hand, have plenty to answer for.

You could argue that ABC and CBS tempered the impact of their celebrity hires on their news divisions’ credibility by restricting them to morning shows, which some would say aren’t serious news programs anyway. But “Sunday Morning” is a jewel in the CBS News crown, and every non-journalist assigned to the program takes up airtime that the network’s reporters yearn for.

Marsalis’ deal isn’t unique. CBS also gave the title of correspondent to Mo Rocca, a humorist who was a fake news reporter on Comedy Central’s “The Daily Show with Jon Stewart.” ABC long ago decided that journalism wasn’t a prerequisite for some of its most prestigious positions by hiring political insiders Diane Sawyer and George Stephanopoulos. The fact that they’ve both become good journalists doesn’t mean they were ready for the job when they debuted.

It’s debatable whether the chops once required of network TV reporters are as necessary now because producers do so much of the work. Celebrity hires won’t be the only ones on staff whose stories are entirely planned and mostly written by someone behind the scenes. Just because it happens, however, doesn’t make it right.

I’m not suggesting that the practice of journalism should be restricted to those who major in it in college. But handing out network reporting jobs to people who have never covered a story but who happen to be famous is like starting someone at third base who’s never played baseball but who happens to have inherited season tickets.

If the only credential you need to jump straight to a network news reporting job is that most Americans already know your name, the message is clear. Entertainment values haven’t just influenced TV journalism, they’ve now trumped it.

Thanks for coming out and saying it, Deborah.

One word was missing in your copy.