What they wish they knew before taking that news job

During a discussion panel by the Broadcast Education Association (BEA), speakers asked various professionals, mostly graduates from West Virginia University, what they wish they had known before entering their life as professional journalists. Here were their answers.

“I wish I knew that I wasn’t going to be good at everything. It was a bit jarring for me to be good at some stuff out of the gate and see how I could get better, but then realize there are a lot of things that maybe weren’t my forte, It took some getting used to understand that some things were going to have to take work, and at least for me to decide, at a certain point, maybe this just isn’t going to be my thing.”

“It’s just the amount of independence my job required. Producing means pitching, interviewing, scripting and editing by yourself. Sometimes I needed to do everything, doing it by piece or segment ready to air. Very, very tight deadlines. So even when working with the New York Times, people depended on me to get things done, no matter what those deadlines look like, because at the end of the day, you’re journalists and amendments to the ends of the earth, you know, so be it.”

“When I got my first job, what I really wish I knew at that young age was how stressful it would be, and the impact that would have on your mental health. Right out the gate, you’re moving away from the environment you’ve known for several years, into a different town, often away from your friends and family, in a very stressful job. And I didn’t realize how that impacts me and how much it would affect me. I wish I had better tools at the time and that I was better prepared for that big change.”

“One thing that I wish I knew about this career would have to be just the amount of work that you actually have to do by yourself. Like you are a writer, you’re a tutor, you’re the editor, you’re the anchor, you literally do everything on your own. So just be prepared with how much work the job actually is.”

“When I got my first job, I would say that I wish I knew life would take me in so many unexpected directions and that it didn’t really matter where I started off. As long as my first job aligned with my goals and my passions in some way it would take me where I needed to be. It didn’t need to be my dream job.”

“I think the one thing that I wish I could have emphasized for myself coming into this industry was maintaining good mental health and the importance of good mental health. There’s a lot of news that I cover on a daily basis, whether that’s involved with politics or international current events, that can be really emotionally heavy on my mental health. But I think I’ve really learned how to reach out to colleagues and friends and family members to get their support and any assistance that they can give me. I’ve also learned how to step back and take a walk when I need to, or go on a ride to clear my mind. And I’m a firm believer in good mental clarity and mental health really helps you produce the work that you want to produce and the work that is meaningful and impactful to you. So at the end of the day, it’s really, really important to maintain your mental health.

Trey Sherman, associate producer at The Problem with Jon Stewart

“To all of you, this is your final warning. Don’t say nobody told you. I wish I had known for just how long I would have to work holiday weekends overnight in the rain in the cold in the snow, all for less than a livable wage. And the companies I worked for were telling me, you should feel lucky just to be here. Eventually, I learned that in some ways they were right. I think each and every one of us is very lucky to be a part of one of the most dynamic and exciting industries that’s now more inclusive than ever before. There’s a lot to talk about.”

“Something that I wish somebody had told me before I got my first job was that sometimes this industry can be a little lonely with all the moving. But that’s what makes it really exciting and really rewarding to get to experience all these cool cities. And that’s not something that a lot of people can say. So just have those expectations know you’re going to go to new cities, make new friends to have some great experiences as well.”

“I wish I knew how much information is going to hit you all at once. Most likely you’re learning about a completely new area, you’re learning basically an entirely new language, which is news. Even your past experiences of college and internships that will prepare you some by working on it today. It’s going to be a lot all at once. But it’s going to be so worth it. It’s my best advice is to just be a sponge, and take your time and ask a ton of questions.”

“The piece of advice that I wish I got on my first job is it’s definitely not as glamorous as many people would think. I think you’re going to be doing a lot of editing and writing on your own, you definitely don’t get discouraged because the people that put in the work will definitely go hard on you.”

“One thing I wish I knew when I was getting into the industry is that it’s not actually as intimidating as I thought it will be. Everyone at every station I’ve ever worked at has always been really willing to help out share contact information with you and lead you down the right path for a story you’re working on. But also a lot of people we work with on stories are typically also really willing to help out police departments, school districts, local community members, they want to make sure that their stores are being fairly representative. So they’re really willing to talk with you and make sure that everything you know is what they know.”

Aisha Howard, Emmy nominated news anchor and reporter, as well as co-host of Up Late on 11 Alive

“What I wish I had known when I got my first job force building how to get stories you get to these new cities that you’re not familiar with? How do you really get into the community and get old original enterprise story ideas. So that’s one of the big things that it took me a lot longer to learn. And I wish I extended that and got a little more information about how to become a part of the community. Who do I call? What are the people doing in the areas that I need to know the most when the wind blows to get these stories? So I would say how do you become one with your market.”

“One thing that I wish that I would have known when I was first starting out in this industry is that it’s okay to ask questions. I myself was very, very nervous going to either producer or a senior producer, or even a correspondent if I had any questions about any type of segment or story, but the truth is, they’re more knowledgeable than me. They think with the breaking news situations before they’ve done this way more frequently than I have. So it’s important to be able to feel comfortable and taking their advice and then apply it to whatever type of new situation that you find yourself in.”

“One piece of advice that I wish that I had heard before I got started in this field it would be prepared to struggle not only financially because it is true they say that there’s not a lot of money Be in journalism, there can’t be but definitely not the entry-level. But also be prepared to fail. You’re not going to get everything right the first time. But as long as you’re putting yourself out there, you’re willing to learn new things. You’ll be okay. So definitely be prepared to struggle in all aspects, it’s the best way that you’ll learn.” 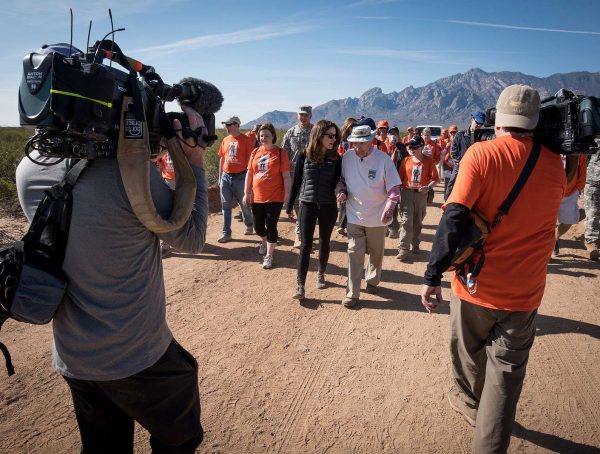