Probably no segment of the broadcast industry suffered a bigger blow from the COVID-19 pandemic than sports production. All big league sports in the U.S. shuttered in early March for several months, and major international events like The Masters and Summer Olympics were postponed while others like Wimbledon and the British Open were canceled altogether. That meant no work for mobile trucks and the mostly freelance production crews who run them, and a big ratings and advertising hit for the networks.

Fortunately, mainstream sports production resumed with NASCAR races in May followed by MLB, NBA and NHL games this summer, albeit with a myriad of new social distancing rules and restrictions, including empty stadiums and arenas. Network field operations executives and mobile vendors have responded by employing new remote production techniques and on-site safety protocols, and have been successful in bringing live coverage to fans at home.

But challenges definitely remain. Several MLB games were postponed this summer due to positive COVID-19 tests among players, and some big college football games were canceled early this fall. And just this week the NFL’s Tennessee Titans had several players test positive, forcing the league to postpone Sunday’s game versus the Pittsburgh Steelers until Monday or Tuesday, if not later. 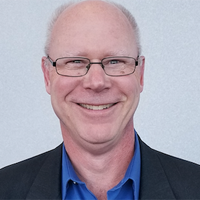 “We’re doing the best we can to control the things that we can control,” said Don Roberts, VP of sports engineering and operations for Sinclair Broadcast Group, who was