In an age of political division and so-called “fake news,” transparency in reporting is increasingly critical as local TV newsrooms strive to retain credibility with their audiences. 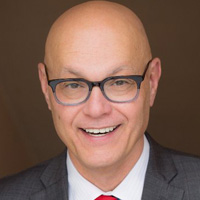 “All journalists have is their credibility, and credibility means the ability to be believed,” says Dan Shelley, executive director of the Radio Television Digital News Association (RTNDA). “Journalists all across the country in communities large and small, in TV and in radio, know they have a connection with the community that they have usually spent years building and they are careful about not spending that credibility unnecessarily.”

“Having been in local broadcast news my entire career, people do still really trust us,” says Paul McGonagle, VP and news director of Fox-owned WTTG (Fox)-WDCA (MNT) Washington. “We have an obligation to hold on to that trust and we can’t break it. That trust is everything to us.”

Local news sources already have an advantage in that they are considered by many to be the most trustworthy news source over national broadcast or cable news. An October 2019 Knight-Gallup study found that “six in 10 Americans believe local news organizations are accomplishing most of the key tasks of informing communities. And local journalists are seen as more caring (36%), trustworthy (29%) and neutral or unbiased (23%),” according to the Knight Foundation blog on the report.