Set to premier in early 2021, Sinclair said its headline news service “will report on news as it happens, providing dynamic and timely journalism and insight that aims to navigate viewers throughout their day. Jeffcoat will lead the service, providing accurate news that doesn’t just say what the headlines are, but gives viewers an in-depth look into why each headline matters.” 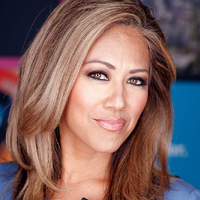 Jeffcoat has more than 19 years as a television host and TV news anchor, including anchor for five years at WUSA Washington. Prior to this, while working with Scripps, Jeffcoat launched and hosted the magazine’s national news and entertainment magazine show The List. She also worked as an anchor for a number of other television stations and broadcast networks including WFLD Chicago; KRIV Houston; WBTV Charlotte, N.C.; and WCSC Charleston, S.C.

As the main anchor, Jeffcoat covered some of the biggest national headlines including coverage of the 2017 Presidential Inauguration and the devastation of Haiti after the 2010 earthquake. Stemming from her beginnings in South Carolina, Jeffcoat’s coverage has spanned the U.S., from coverage in Houston of the beltway plane crash to reporting from the 2005 World Series in Chicago.

She has won multiple accolades throughout her career including an Emmy and the Murrow Award for her outstanding journalism.