Should a journalist ever be a paid spokesman? In the movie Broadcast News, a network producer accuses a reporter of crossing the line between journalism and entertainment. His reply: “It’s hard not to cross it; they keep moving the little sucker, don’t they?”

The line between news and advertising has been blurring for years. Infomercials, advertorials, “native” ads online. Now, there’s a new option: social media ads, like the one sayhop posted on Instagram (above).

Sayhop is Sara Hopkins, a reporter at WWAY in Wilmington, NC. It’s her first full time job out of college and like most reporters in “starter markets,” she’s not making much money. (The average salary for reporters in markets 101-150 is $27,800, according to RTDNA.) But Hopkins has found a way to supplement her income as a paid spokesperson for major brands on social media. In fact, according to public radio’s Marketplace, Hopkins has doubled her salary by posting ads to her followers.

There’s no question that Hopkins delivers an audience. She has more than 10,000 followers on Twitter, 44,000 on Instagram and 280,000 on Vine–more than twice the population of the city where she works. Hopkins told Marketplace that Old Navy paid her $2,000 for a Vine ad and a Tweet; she’s also been a paid spokesperson for Coca-Cola.

Hopkins has her own YouTube channel, too, where she recently answered questions from her social media followers. About 5 minutes in, she describes being accosted by a fan who shouted “Vine” at her while she was out on assignment.

Hopkins doesn’t hide the fact that she’s a journalist on her social media profiles and none of her activities come as a surprise to WWAY news director Scott Pickey. “[Sara] was active on social media before we hired her,” Pickey told me. “She has a huge following that has nothing to do with her job.”

While he understands that allowing a reporter to flog products could raise eyebrows, Pickey says Hopkins does the ads on her own time. And he says her social media experience has been a net plus for the station because of what she’s been able to teach the rest of the staff.

There’s no question that every journalist these days is expected to be active on social media. Newsrooms are eager to have their reporters post news and photos and links to their stories on Twitter and Facebook in the hope of reaching new audiences. Some news organizations encourage their staff to share what goes on behind the scenes in short Vine videos shot in the newsroom, for example, or at a story location. Journalists who engage thousands of social media followers help to build the newsroom’s brand as well as their own. And that’s all good. But advertising?

Independence is, or should be, a guiding principle for journalists. It’s one of the four pillars of the SPJ Code of Ethics, which charges reporters to avoid conflicts of interest, real or perceived.

As a practical matter, Hopkins could argue that she doesn’t cover any of the brands she represents so there is no real conflict of interest.* And since her station doesn’t prohibit what she’s doing, what’s the big deal? But whatever Hopkins does on social media could damage her reputation as a journalist and ultimately reflects on the station she works for. Viewers who love her goofy Vine videos may not take her seriously as a reporter, and that could taint their view of the entire news operation.

From what I can tell, most newsrooms that have social media policies don’t specifically ban product endorsements by their journalists. Maybe it’s time they did.

(*I’ve reached out to Hopkins by email; I’ll update if she gets back to me.) 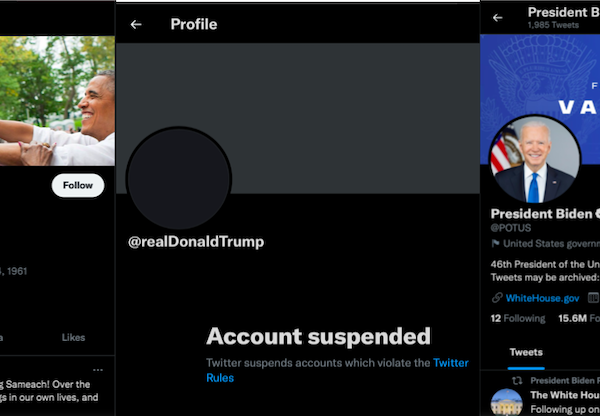 Fire Hopkins
Fire Pickey
Scott: Ethics aren’t something that you turn on and turn off with the time clock.
Maybe one of the companies that enabled their breaking ethics will hire them.

This article presupposes that journalism exists. I haven’t seen any evidence of it in a looooong time.

Is There Room in Journalism for Reporters Who Make Paid Product Endorsements? - TVSpy

[…] You don’t ordinarily think of a local news reporter having endorsement deals, but Sara Hopkins, a reporter at WWAY in Wilmington, NC, reportedly does. […]

No, she definitely is not a journalist.

She’s a spokesman for the the products she endorses. Neither she nor the station she works for has any journalism credibility if they claim otherwise.

On the other hand, if she is marketing herself as a product spokesperson and is honest about that role. I have no problem with her hawking the products.

But she is not a Reporter and WWAY lacks journalism ethics by saying she is.

I agree with a lot of the comments on here. I live in a large market where a lot of reporters interact with there viewing audience on social media, the only reason the reporters do that is to keep in touch with their audience, and to maybe get a jump in their story, that’s it. She needs to grow up, or get a job at Old Navy.