What newsrooms learned in one year of remote journalism

The pandemic pushed media organizations out of their newsrooms and drastically changed several aspects of the journalism profession. Emily Barr, President and CEO of television broadcasting group Graham Media Group, had to send most of her staff home when the pandemic started hitting the U.S., and about 70% of her employees still work remotely today.

“We’re in no rush to go back, primarily because we want to make sure we do it once and we don’t have to retreat, because we’re now looking at variants and things like that,” Barr explains.

Some positions are harder to perform remotely, like directors and some of the assignment editors who still work in the buildings, but most reporters and anchors work remotely from home. Producers are doing most of the job remotely with only one person in the control room. That balance seems to be working for Graham Media Group, whose employees have now settled into a new routine, even though the social aspect of going to the office is missing.

“What we’ve lost is some of the camaraderies, and some of the sharing that just is natural when you’re around people and you don’t have to do it through a Zoom screen,” Barr says.

The way the job is done has also shifted during the pandemic: everybody now owns a ring light, if they did not own one before. Journalists realized a lot can be done with an iPhone and a ring light, contradicting the argument that heavy and expensive cameras are necessary to do the job.

The lack of access to professional equipment and to TV studios has somehow broken the fourth wall with the audience. With journalists broadcasting from their kitchens or living rooms, the relationship between the audience and the anchors became more sympathetic. It humanized the people displayed on the screen and made them more relatable to the viewers. While having an audience who personally likes an anchor can trigger them to stay faithful to a channel, getting to know and to like anchors became inevitable during the pandemic when audiences could get a glimpse of their daily lives. Journalists do try to minimize distractions, but on the occurrence of a dog barking or a baby crying in the background, there is not a doubt that the audience can relate and understand.

Barr also explains that it is critical to understand her employees’ lives and that it is a time to show sympathy and empathy to colleagues who have to juggle long hours or change the way things are done because of homeschooling or other personal reasons. Overall, despite a few mishaps within Graham Media Group, such as cups spilled on equipment, Barr says everyone is doing a really good job.

“It has shown us how unequal we are,” comments Kristen Hare, editor of Locally at Poynter. “I have the luxury of having a guest room in my house that I can work from, and my children are older and so can stay quiet when I’m doing something, and my husband has the flexibility to step in and can do things.”

Journalists, and especially anchors working from home, however, raised concerns about safety, since aspects of their personal lives are being revealed. Barr discourages all of her employees from oversharing, such as telling the world when they are going on vacations or telling where they live. There is always a risk. As for job safety, Graham Media Group did not have any layoffs during the pandemic, to ensure their employees their job would not be on the line.

“I told everyone early on that I was going to do everything in my power not to have layoffs. And the way we were able to accomplish that was that obviously, we stopped all of our travel, we didn’t do any travel. So, the money we didn’t spend on travel, we spent on remote equipment, things of that nature. We got very fortunate, let’s be honest, at the end of the year with political advertising. So from an annual standpoint, the year turned out to be better than I would have ever predicted in April and May of last year,” Barr explains.

The future of newsrooms

Hare noticed that most journalists neither want to fully come back to the newsroom nor want to fully stay at home. A great compromise would be a mix of both. Stations owned by the Graham Media Group will go back to work in person depending on their market and on their local COVID-19 infection rates. Barr also mentioned that the pandemic showed that online morning meetings can be very efficient, since anyone can dial in from anywhere and directly head to their report location, instead of having to show up to the office first. It saves a lot of time and a lot of gas.

“There is this a new-found appreciation for what we are able to do and what flexibility allows us to do, both in accommodating our lives and the people we have to take care of as part of our lives and in finding new sources in places we wouldn’t otherwise be able to find them because we can now talk to them via Zoom,” Hare says.

Hare and Barr predict newsrooms will not be as full and structured as they used to be: there is a need to look at which positions are really needed on site, such as producers who are “the glue” of the newsroom, while reporters and photographers do not necessarily need to be present. Managers just need to know who is where, and what they’re working on: no more rigid schedules. However, interns need to get back in in order to be able to learn the core of journalism.

Finally, Barr started sending the entire company a weekly memo in April of last year in order to communicate to her employees what the company’s positions were regarding layoffs and COVID-19, among other things. It has now evolved in her assessment of where the company is situated, some memos being for informational and others being more aspirational.

These thoughts were gathered during the Poynter Conference “Newsgathering-From-Home: What we’ve lost and learned in one year of remote journalism” presented by Joie Chen. 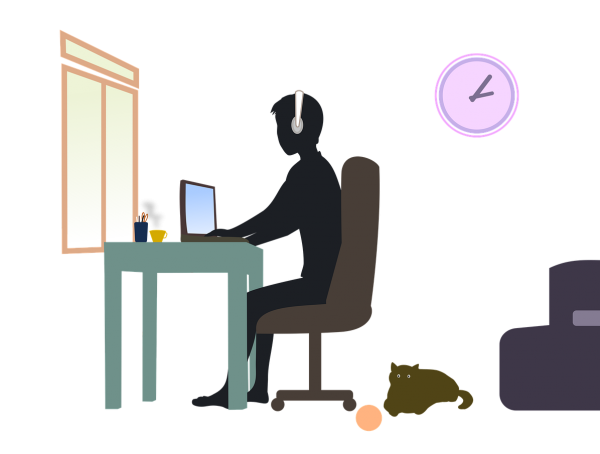 Featured Strategies
One year into COVID-19: The challenges journalists are still facing 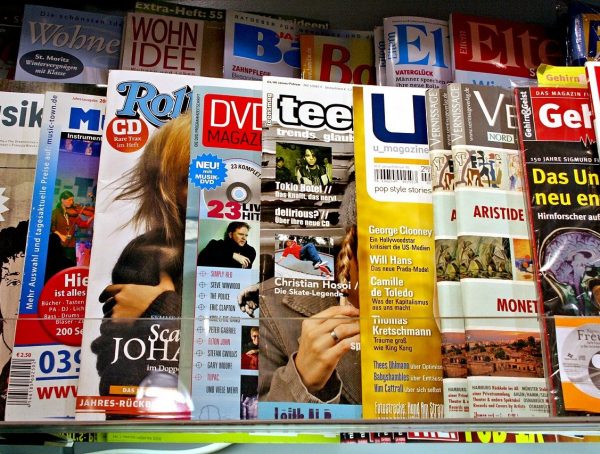 Featured Strategies
Magazines: A refuge for Covid-free news
© 2019 NewsLab | Powered by the UM School of Journalism and New Media