A mystery started to surface at WXIX Cincinnati and WAVE Louisville, Ky., back in the third quarter of 2020. Todd Galloway, regional media analytics director at the two Gray Television stations, started noticing a large downward slide in the PUT (people using TV) numbers. 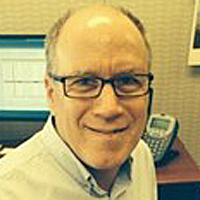 “Nielsen didn’t have a good answer, why the decline was happening, except COVID. Anecdotally, we thought more people would be watching more television, especially in daytime,” Galloway says, referring to the stay-at-home world most people were living in. “We thought we’d have slight increases over 2019, not the double-digit declines that we saw.”

Although there was a slight reprieve from the slippage in the first quarter of this year, “in March and April, we had huge year-to-year declines again, especially adults 25-54.” That situation has caused the stations to make up for ratings shortcomings with a lot of makegoods, using availabilities that could have been pulling in more revenue.

Like WXIX and WAVE, many stations are facing measurement and under-delivery issues, according to sources contacted for this story. They’re learning to make up for it by employing different sales strategies or relying on more Comscore for viewership data when feasible.

Nielsen has addressed the problem in recent months, and gets big nods of approval from broadcasters for doing so, with some caveats. “I don’t want to discourage them because they’re trying to fix things,” said one broadcaster executive who has a magnifying lens focused on local