The COVID-19 pandemic led to a dramatic shift in TV production as broadcasters figured out how to deliver news, sports and entertainment amid new remote workflows and a slew of social distancing requirements. As TV production and technology executives look ahead to a post-pandemic new normal, some of those changes proved to be only temporary blips while others have already become permanent workflows, according to top production and technology executives who gathered for a TVNewsCheck virtual event.

A move to distributed workflows was essential for all types of television production during the early days of COVID-19, and syndicated television was no exception. For its entertainment news show Dish Nation, Fox set up TVU bonded cellular systems at hosts’ homes while the new streaming channel Fox Soul relied on videoconferencing solutions like Zoom. That let Fox produce four to five hours of live programming each day, said Stephen Brown, EVP programming and development for Fox Television Stations. 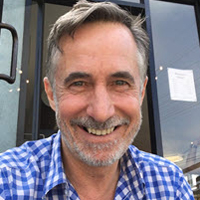 For the game show 25 Words or Less with host Meredith Viera, the workflow was far more complex. Brown’s team created a virtual set environment, with Viera hosting the show from an impromptu studio set up in the basement of her home outside New York City and celebrities and guests in a Los Angeles sound stage playing the game while sitting in COVID-safe “pods” and being shot by robotic cameras.

“It looks like The Brady Bunch playing the game,” Brown