How to get quality audio while interviewing from 6 feet away

“Gone is the wireless microphone,” said Ann Herbst, director of visual journalism at KUSA 9 News in Denver, referring to reporting during the ongoing pandemic crisis in the United States.

She said the social distancing rules have made recording great audio particularly challenging.

“Everyone else was doing Zoom calls, but I could not imagine not meeting people in person,” she said.

So together with reporter Noel Brennan they decided to record in-person phone calls. When they were setting up to conduct an interview, Brennan would call her phone and loop the interviewee into the group call. Herbst would then record their conversation in the car, which served as an audio booth. She said it worked well, but only if the method was explained in the story.

“It’s strange enough times you do in-person phone calls, we always made reference to it and we explained the space and the phone calls,” she said.

Brendan Keefe, the chief investigative reporter for the Reveal on WXIA 11 Alive in Atlanta, said his newsroom required him to stay more than 10 feet away from his interviewees, and he was not allowed to use a boom or a lavalier microphone. So, what did he do?

“We got it by using voice memos on the interview subjects phone,” Keefe said.

He would instruct his interviewees to record their answers using Bluetooth earpiece on their headsets or record straight on their phones. The interviewees would then airdrop the recording to his phone, and Keefe would sync the audio with the video in post-production.

“Is this a little risky that the audio might not work out? It’s possible,” he said. “But I was surprised at how good the sound worked.”

Both Herbst and Keefe said that their newsrooms are allowing them to use boom microphones today, and for Herbst, this is a relief.

“We are pretty excited to have the boom microphone back in the game because the phone thing was not my favorite,” she said.

How are you getting great audio for your interviews? We welcome your suggestions in the comments section.

Our experts shared their views during the webinar series “Virtual TV Power Reporting” organized by the Poynter Institute. 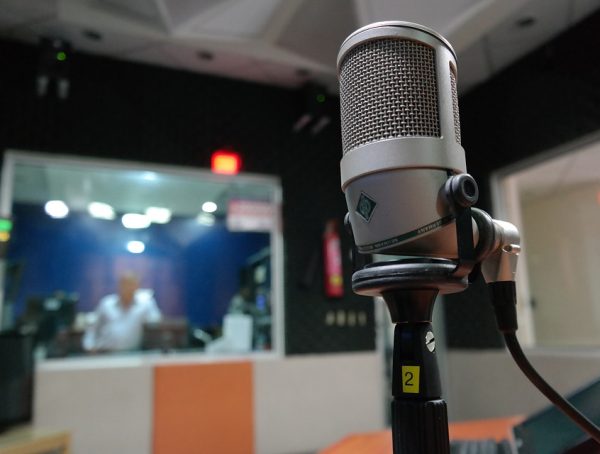 Featured Strategies
Want to produce a great podcast? Do the reporting first, experts say
© 2019 NewsLab | Powered by the UM School of Journalism and New Media