During a discussion panel by the Broadcast Education Association (BEA), speakers asked various professionals what advice they would give to students in journalism who are about to enter their life as professional journalists. Here were their answers.

“If I could give advice to new graduates, I think it would be this: pay attention to your relationships in the workplace. How good you are is only going to get you so far, it is who you know, and how they know you that I guarantee you will help you in your career. You’re going to have good bosses, you’re going to have bad bosses most likely to stick around long enough, but they will have an impact on what happens in your career. Make sure they like you, or at the very least respect you. And it’s not just them, it’s other people. You’re going to work with a lot of people, you need them to do your job. Keep that in mind, I promise you, you will never go wrong being the person who people like, who people respect.”

“My biggest piece of advice might seem a little bit obvious, but networking is key. Think of where your dream job is, and afterward going to just reach out to them. Because you have a competitive market, it’s important to establish those connections. Even if there’s one job opening right now just reach out.”

“I was not knowing where this career would take me. And our business has always evolved over the years, it’s changing rapidly. It’s changed so much since I’ve gotten into it. And I would say don’t predict what it’s going to look like in five years, or what you’re going to be doing 10 years from now. Go into it with an open mind and work through it and keep doing your best.”

“One piece of advice I have is just do as much as you can in college. I don’t think I took enough opportunities that were available to grow. Progress while you’re still in college and internships and everything. So I would just say definitely take advantage of those opportunities so you can learn before you get to the job.”

Trey Sherman, associate producer at The Problem with Jon Stewart

“My advice to you is a bit of cliche, be true to yourself, and realize that having a job in news doesn’t make much sense, to me it is the deeply rooted urge to tell a story. And my advice is to lean into that urge and work hard on it. And this industry will at the very least reward you with a rich, unique life filled with endless learning.”

“The biggest advice I could give to a general starting off today would be that you always need to be the hardest working person in the room. And that every single person around you has made a mistake in their career. So don’t be afraid to make mistakes. Don’t be afraid to ask questions because those questions those mistakes will make you stronger, I think.”

“My one piece of advice that I would give to entering journalists in the field is just stay curious. If there’s something at work that really excites you, or you have questions about anything, hust don’t be afraid to ask us questions and to jump on those projects. I think enthusiasm and curiosity go really far away and offer to getting opportunities that you normally wouldn’t have. I know that’s worked for me. I asked a ton of questions at work. And I’ve been able to really be a part of really cool projects, so I can get just to stay positive and stay curious and jump on anything that you’re interested in at work.”

“One piece of advice that I give to new journalists coming into the industry is to be a yes man, to say yes to the small stories, say yes to things, stories, come in on the weekends, come in on the holidays, take those extra shifts. You’re going to gain the most experience by being a team player and showing everybody that you are willing to do absolutely everything to help your news organization. And you never know later on, once the team feels like they can trust you with any type of story, you may find yourself in some of the best situations and some of the biggest stories that you’ll be remembered for.”

“One piece of advice I would give to new journalists entering this field would be to trust the process. I know a lot of us get into this field and we have these aspirations of where we want to be. And we want to rush through that, and we want to get to the next job, the next phase. But make sure that you’re taking time to appreciate where you are and learn the lessons that you need to learn. So you’re prepared when you do get to that high-level job.” – Whitney

“A piece of advice I would give to journalists is learn your communities, follow those Facebook pages and Twitter accounts, join those Facebook groups to learn everything that’s happening in your market. It makes you a more dedicated journalist because it shows that you care, that you care about telling the stories of the people you’re supposed to be covering. But it also helps the community because it shows that someone does care. It shows that people are willing to hear their stories. It also helps because they’re more comfortable reaching out to you for story ideas and also talking with you for stories. So it also helps you as a journalist to build those connections.”

“The best piece of advice I ever got was definitely to say yes to all opportunities. I was in sports before becoming a morning anchor and I loved sports, it was my passion and something that I wanted to do along the way. And I’m so thankful I did this morning anchor job. I think it made me a more well-rounded journalist and definitely a veteran in here.”

“My best advice to any new journalist entering the industry today is to try and learn as many aspects of the industry as you can. So whether you’re a producer, you’re an anchor reporter or you’re an editor, go out there and speak to your fellow crew members and get to know their side of things because the more they do, the better you’ll communicate, the better your product will be every single day.”

Aisha Howard, Emmy nominated news anchor and reporter, as well as co-host of Up Late on 11 Alive

“One piece of advice I would give is in this entertainment industry today don’t try to beat up the race too fast. Stay where you are and learn all that you can. Try to make these big leaps and make some of those mistakes in your first or in your second job.
Don’t try to get to the big city so fast, I know you want to get to more money faster, but stay in, learn your lessons and get all the experience that you can before you move on. And when you get there, you’re ready.” 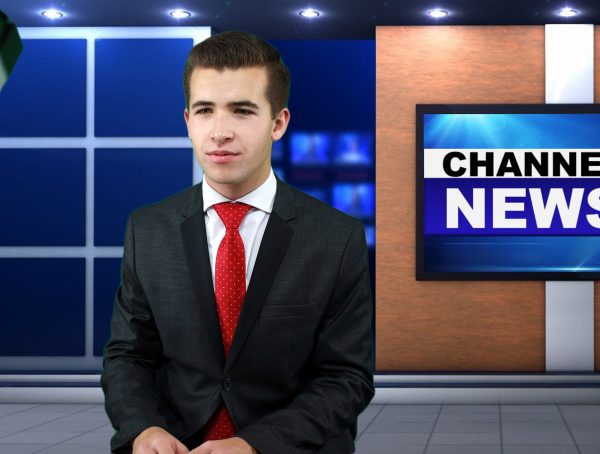