How to get a better interview from any news source

“Preparation equals success.” That’s Wendy Salzman’s motto and it served her well as an investigative reporter in Atlanta and Philadelphia. She shared tips on preparing for interviews and more at the 2018 Excellence in Journalism conference in Baltimore.

This story came from a tipster. It involves hidden camera video, an interview that conceals a source’s identity, and a classic ambush interview. Some might argue that Salzman overstepped by following the man into the food pantry, but it gave her a chance to put the evidence against him on camera.

How does Salzman handle tipsters and sources? “No interview, no story,” she says. She lets tipsters know that if they won’t talk or find you someone who will, the story may not make air and justice won’t be served. “Convince them to go on camera,” Salzman says. “It may take longer but it’s worth it.”

Salzman says she’ll disguise a person’s identity only if they’re a victim, a child, or if their safety or job would be at risk if they were identified. “Shooting in silhouette is the last resort,” she says. “If they are hidden it’s less credible. It reflects on them but also on you and the story.”

Take nothing at face value, Salzman warns. “Most tipsters have their own agenda. Do not publish anything you can’t verify on your own. Your reputation is on the line. Sources can and will lie to you.”

It took Salzman months to get her tipster on camera for this story, and even that wasn’t enough. “We knew he had an ulterior motive,” she said. The shop owner had accused him of wanting to take over the business. So Salzman insisted on finding a customer who would speak to her, as well.

One more piece of advice from Salzman: Stay safe.

“We are operating in a different day and age now,” she said. “I didn’t ever really feel threatened doing an interview, but I was stalked and threatened during my career. People are violent. No story is worth your losing your life.” 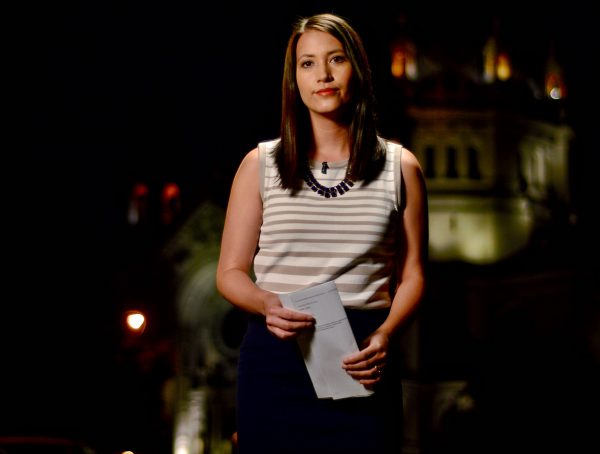