How to move from free data tools to Tableau

Data is really only a vocabulary and grammar for stories about the human experience, telling the researcher what they may expect from a population in the future based on what it has done in the past.

Every day, humanity adds 2.5 quintillion bytes of data to the internet, according to Domo.com. What’s a quintillion? Try a number with 18 zeros. Every minute, 3.6 million Google searches are performed, more than 4 million videos are watched on YouTube and Amazon generates nearly another $260,000 in sales, just to quote a few figures.

Amazingly, 90 percent of existing data was created only in the last two years.

With all these numbers floating around, making sense of them has become a big business that touches almost all areas of media and industry. Whether you’re IBM or a food truck, leveraging data becomes an ever more essential aspect of any successful business. Put simply, anyone ignoring data aggregation and analysis risks being rendered irrelevant in today’s marketplace.

Tableau is data visualization software with a mission to make it easy to design beautiful, functional data graphics quickly. Tableau promises to take to the next level the same analysis traditionally done with pivot tables, graphs and other common visualizations. But the software doesn’t stop there. More advanced users will find ways to visualize maps, statistics and other information that can help anyone who needs to make quick decisions based on data.

The software is remarkably intuitive, and any users with only intermediate Excel skills will find themselves quickly at home with the interface. Users with a little more experience—in my case a smattering of SQL, R, and SPSS—will see a lot of familiar faces among the tabs, drop-down menus and right-click options.

This style of data analysis draws greatly on a user’s creativity as well. Too often, working with numbers is taught as a dry, purely analytical process, when in truth it requires a great deal of creativity. Reporting and visualizing these analyses ups the creative ante. It also creates a space for people who find themselves daunted by the sterile world of the spreadsheet to really shine creatively in the world of data.

That last bit is critical. Communications students and professionals —whether they’re in journalism, PR, advertising, broadcast or other fields —simply cannot avoid data any longer. But that doesn’t mean that we all need to become statisticians and database administrators to stay relevant.

Big Data has attractions for everyone, and while some of us easily gravitate toward the clean, precise world of quantitative analysis, tools like Tableau offer the visual creative who is willing to understand a little bit of that world the ability to refashion data into big, beautiful visuals that make data analysis easy because they appeal so much to the eye.

To be sure, Tableau is but one of many tools available—some open source and some not—that help make data insights accessible to more people. Whether the target audience is a manager seeking actionable information or a news consumer trying to make sense of today’s headlines, people with the ability to tell stories with data will only grow in demand. Jason Cain is an assistant professor in the Meek School’s Integrated Marketing Communications program. He earned a Ph.D. in mass communications from the University of Florida after spending a decade working as a musician in Nashville and Austin. He also spent several years as cigar and spirits expert for one of the world’s largest wine spirits, and gourmet food retail chains before grad school. Currently, you can find him wrestling with new data analysis techniques and occasionally behind a guitar at Ajax on the Square in Oxford. 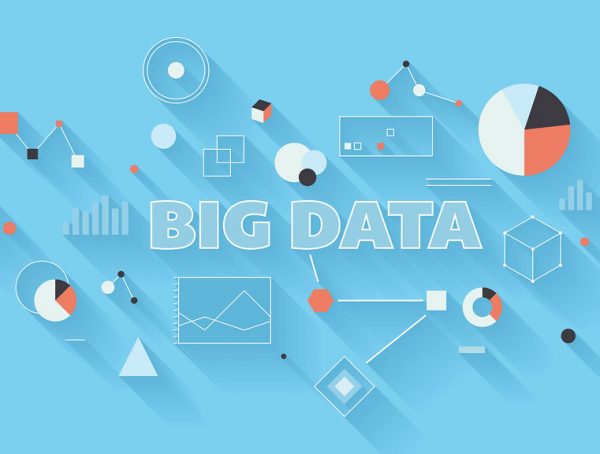