How photojournalists deal with danger, stress and the daily-project balance Nick Oza, a native of India and a photojournalist for more than 20 years, currently works for the Arizona Republic and specializes in covering social issues, such as immigration, child welfare, gangs and mental health. Oza appeared at the recent Atlanta Photojournalism Conference, where he answered questions from Marlee Crawford, a student in the Meek School of Journalism & New Media at the University of Mississippi.

Since you have a degree in photography, how and when did you become interested in journalism?

I came here [to America] to become a commercial photographer. That was my whole goal—to do commercial and film—but my professors changed my mind. They encouraged me to go to a class, so that’s when my interest changed to journalism. They kind of guided me; they told me it’s still photography, but you have gift, a knack, and so I just listened to them and I’m glad.

How do you deal emotionally with all of the sensitive and dangerous situations you’re in?

It is hard. I mean, I won’t lie. But, you have to take a chance, a risk. You don’t want to act stupid, and you have to do your homework, but you are taking a chance. If you have a good heart and you’re honest, I think there are always angels around you.

Your goal is to spread awareness of issues?

Yes, through journalism. We are always the voice of the people. I’m not changing the storyline or anything. There is always an objectivity in how you portray things. I covered Sheriff (Joe) Arpaio and he was hated, but I didn’t hate him when I was photographing. I wanted to take the best picture I could of him.

How do you balance daily assignments with the hard-hitting documentary work you do?

It’s hard, because you are in a very different zone when working on a project, and you still have to produce daily stuff. I want to take pride because I’m going to have my name on those photos. That’s how you have to look at it in whatever you are doing. I’m the best construction photographer you can imagine; I do a lot of daily construction assignments and portraits. You try to do your best. Everybody has a unique way to tell a story, and you just bring the best that you can.

With the Child Protective Services project, you have to find many ways to portray the children without showing their face (because of laws), but you still keep the emotion, intimacy and integrity of the moments. How do you do that?

So that was very odd, but I think I learned a new technique while on the project. In the beginning it was tough. I had an opportunity to do very sensitive subjects, and many times I wanted to say to a lot of people, “It’s not about you.” But we are human beings. We still have some kind of ego, but you need to balance your ego.

Do you think being so restricted helped you grow more?

Absolutely. A lot of times, if you are shooting a tough time [an emotional moment, something hard to watch], people give you a hard time [don’t want you to do it]. Sometimes it’s kind of a gift, if you see it that way. Because there were times in my life—and it will happen to you— where you will see a tough time. And you have to take it as a positive energy, but it will be hard.

You were embedded in the military as a photographer in Iraq. Another hard situation. How did you do it? And did it help you get to where you are now?

I think it was crazy, because my daughter was 2 months old. I wanted to go and be like the other photographers, and at that time, I was naïve. Now I have more knowledge. It was a good experience; I learned something. My friend is six feet under—he died in the war—but he knew what he was getting into. You are taking a chance. That’s why I always tell every student, “Don’t look at other people’s work and try to be them. Be who you are. But you should always get inspiration from others. Get the sparks from others. And create your own sparks.” It was totally different from what I’m doing now [with immigrants], but that did give me an idea of refugees. But our focus was totally different. It was all about war. And every photographer wanted to do  “guns and roses” and they didn’t want to see the effects of war. Now a lot of people are [showing the effects of war], but back then everybody wanted to see shooting and the sexiness in what the entertainment gave us. We have more cop shows than anything else.

You are focusing on immigration right now?

I’ve been doing it for 10 years, so I’m going to keep it up, yes. But everyone wants to jump on immigration. Don’t just do it because it’s a hot issue. Maybe as a news angle. But find something that belongs to your heart, even if it’s a feature or a portrait. There are so many journalists that came to photojournalism and then they realized they are the best portrait photographers and photojournalism wasn’t for them. There are so many new avenues for this generation of photographers. You just have to look. You may not know what you are going to do with your credentials, but you have to think and find what you’re passionate about.

I heard you say in your talk earlier you are really interested in covering mental illnesses too. Why?

Those go hand in hand. The people who are coming here are experiencing fear. They do have a lot of health issues. And there are so many bad things happening. Children and women and girls—with rape and torture and what you hear about now; it affects people. Like soldiers, we created monsters to go and fight, but once they come home, the monster is going to be back for us. So, we have to give them nurturing and training. It’s a double-edged sword. 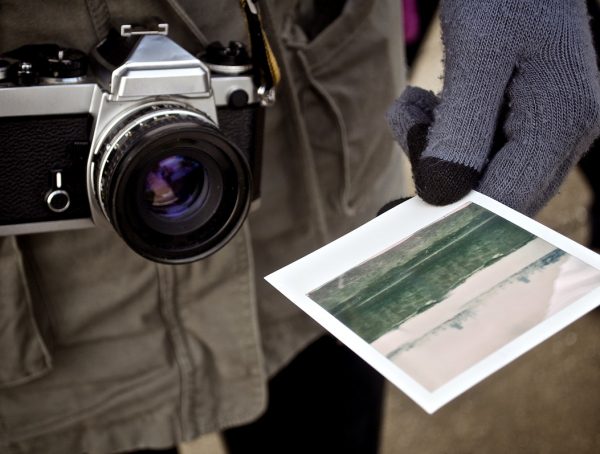 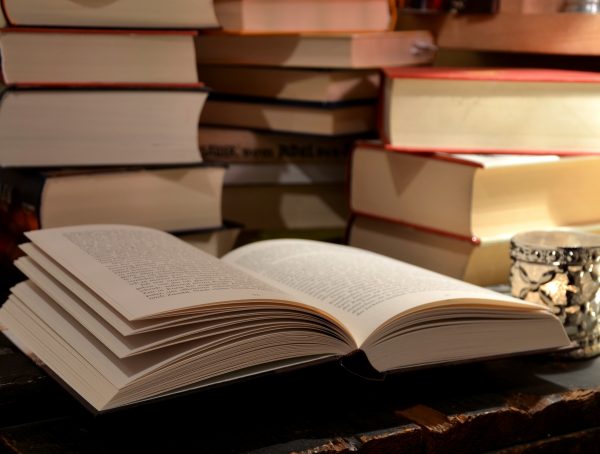