Brittany Clark always knew that she wanted to work in media, and she once thought it would mean being in front of the camera.

Clark has realized that goal—she now works for CW 69 WUPA in Atlanta—but in a capacity outside the newsroom: sales.

Originally from Manhattan Beach, California, Clark ventured across the country to the University of Mississippi to study broadcast journalism. But she soon found that the climb to working as a reporter in a large market could be long and slow.

“I realized that in order to go where I wanted to go,” she said, “I would have to start off in a smaller market as a reporter, but I knew that I wanted to be in a larger market.”

She was beginning to explore other career options when she ran into a professor who suggested she consider media sales.  The University of Mississippi offers a media sales class and a media management course.

“I didn’t know too much about it other than that stations in pretty much every market have people that sell ad space for them,” Clark said.

After graduating with her journalism degree, she applied to the NABEF Media Sales Institute at Arizona State University and was accepted. In the program, she learned about media sales specifically and about the industry as a whole.

“From there,” Clark said,” I knew that it was something that I wanted to do.”

After completing the program, she applied for jobs in Atlanta and was recently hired at the CBS-owned CW station, where she works as a sales assistant. She works with advertising sales software and tools and, among other tasks, assists account executives with their presentations to clients.

In this position, she has learned that the media industry in constantly changing, especially when it comes to advertising methods.

“The main trend I am seeing is having to do with internet-based ads,” Clark said. “I think people have misconceptions that people with TV just sell TV, but that’s not the case anymore. We sell social advertising, internet-based advertising, and since I’m in a Top 10 market, we do some things with our website that smaller markets can’t necessarily do.”

“Every single day is different,” she added.

According to Clark, media sales is an “extremely stable career,” one that she suggests more students consider.

“A lot of universities do not offer media sales courses, so there is not much young talent or young sellers out there,” she said. “Companies are really thirsty for people, especially young adults, who are wanting to branch out into media sales or ad sales.”

“I never thought that I would end up on this side of a newsroom,” Clark said, “but so far I have been pleasantly surprised and really love it.”

Georgia Clarke is a journalism graduate student at the University of Mississippi. She graduated from Mississippi State University in 2016 with a degree in journalism and public relations. She has held jobs and internships with the United States Senate, the Mississippi State University’s Office of Public Affairs, the Starkville Daily News, Charleston Magazine, The Local Palate and Pinnacle Medical Solutions, a diabetic supply company. Contact her at gcclarke@go.olemiss.edu. 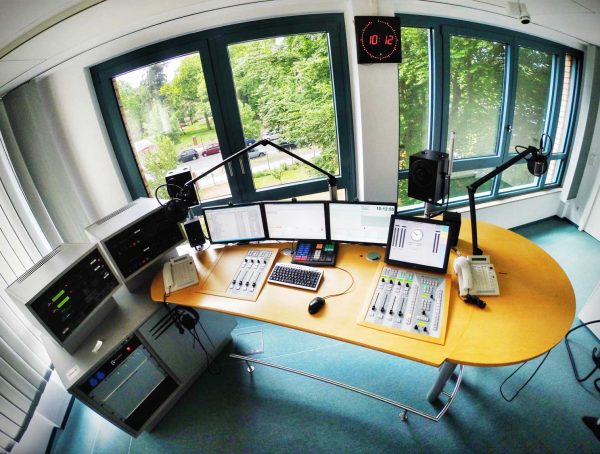