Chip Somodevilla is a senior staff photographer for Getty Images News based in Washington. Before moving to Washington in 2005, he worked for nine years at daily newspapers, including for the Detroit Free Press and the Fort Worth Star-Telegram. He was named Michigan Press Photographer of the Year in 2003, and the White House News Photographers Association chose him as Photographer of the Year in 2010. He was among Getty Images photographers named finalists for the 2016 Pulitzer Prize for Breaking News Photography. He recently was interviewed by Jonathan Gibson, a student at the University of Mississippi’s Meek School of Journalism and New Media, during a conference at Guilford College in Greensboro, N.C., titled “The Journalist as Witness: Politics, Protests & Displaced Peoples.” The interview has been edited lightly for length and clarity.

Q: Whose work do you admire and why?

A: There’s a lot of photographers whose work I admire and that have inspired me in my time growing up in photojournalism. Of course, they’re kind of like the big dogs, you know? There’s Jim Nachtway, there’s Sebastião Salgado, there’s William Albert Allard. But there are also other photographers whose work I really admire, and I look at to inspire on a day-to-day basis – David Burnett from Contact Press Images; Charles Ommanney, who used to work for Newsweek and now works for Facebook; and Danny Wilcox Frazier, who’s a member of the VII Agency. His work from Iowa and his work with a group called Facing Change, ­which is sort of like an emulation of the Depression-era photography group started by Roy Striker, the FSA photographers. So, they were kind of inspired by that. Lucian Perkins and Danny and some others, they do some really amazing work, tackling very heavy social issues here in America, but doing it in a beautiful, amazing way. That’s all that come to mind right now, but there’s so many more, even the people I work with on a day-to-day basis.

Q: How do you and your peers fight against the stereotypes and perceived hostility of photojournalists and photojournalism in general?

A: In Washington, I’m working with a lot of really amazing photographers, some of the best in the world. It is considered an honorable assignment when working for wire services to be assigned to Washington. AFP, Reuters, AP, they send their best photographers to D.C. to cover things there. And that’s because it’s a really important assignment, and there’s no room for error. So, they send their best. And we work there together, day in and day out. And yes, we’re competitive, but we also watch out for each other. We care about each other. We don’t ever shut each other out. But that doesn’t mean we can’t also be competitive. We could all be in the same room at the same time, shooting the same subject, but one of us will walk away with the picture. You know, THE picture. And you know what? We all say congratulations to that guy. We give him high fives, we give him hugs and say “Hey, you did a great job,” that picture was amazing. We encourage each other that way. We build a community. And that’s because also we’re with each other every day

And also, you know, conferences like this, events like the Northern Shore Course or the Flying Shore Course, the Atlanta Photojournalism [Conference], I think that people go there because they want a community. And if you are a photographer, whether you’ve been doing this 20 years like me, or two years like some others, or you’re just starting out, if we can’t turn to each other for community and support, who’re we going to turn to?

And I honestly want more people to pursue photojournalism. But I also don’t want people to approach it half-hearted. I really want people to be all or nothing when it comes to photojournalism because that’s the kind of demand it requires, especially if you want to be good at it. And I want to make sure that I conveyed to you as students that there are ethics. There are rules that we abide by. I’m not an advocate. I’m not a Republican. I’m not a Democrat. I am not here to save the rainforest. I’m not here to save the pygmies. I’m a journalist, and my job is to accurately and carefully observe what I see in front of me. Yes, sometimes we make decisions and choices about what we include in the frame and what we exclude, or what pictures we decide to edit.

A: Unemployment, man. That’s a challenge. I work for an amazing company and I work with some amazing people. But I think we would all be fooling ourselves to think that, you know, at almost in any moment these jobs could all disappear. And I’m not just talking about mine with Getty Images. I’m talking about AP, I’m talking Reuters. I mean, look, the Denver Post just laid off a third of its newsroom? I live in a town where the Washington Times, overnight, just decided to eliminate its entire photography department. It was gone, overnight. So that is an idea that looms all the time.

But Getty has always treated me with respect and they have always been honest with me about where we’re going, what we’re doing, our goals, our successes, our failures. And that honesty and that kind of respect, it goes a long way and I know that I’m appreciated. So, no matter what happens in the industry overall, I have a family there that supports me and we have a community. And you know what? If one particular agency or one particular publication went under business tomorrow, there’s a whole community of photographers that are going to help take care of each other.

Q: What’s been your biggest career mistake and what did you learn from it?

A: You know, we all make mistakes. And these were more prevalent in the days of film when I would do a whole assignment and realize I didn’t have a roll of film in the camera. I mean, we’ve all done that. Usually it’s something technical. Like something that I was really excited about and that didn’t technically carry off. To be honest, at the Democratic National Convention in 2016 in Philadelphia, it was closing night and the balloons started to fall, and I had several remote cameras set up. And I had a remote trigger that was attached to the camera I was shooting. So, every time I shot a picture, three other cameras in the building fired. But down there in the front of the stage in the tussle and the bustle and the balloons and the bumping and everything, the trigger came off its mount on my camera. Simple mistake, didn’t know. And those other cameras didn’t fire. And it was a crucial time. The balloons were falling, the candidate was on the stage. Hillary Clinton, Bill Clinton, the whole family, the whole campaign. I mean, it was a really visually high point of the campaign. And you know, my cameras didn’t go off. Just a simple, honest mistake. But I carried that around with me for quite a while. I was very angry, I was very upset with myself. And just like any other big mistake, you learn from it. So, I’ve learned from that how to do the same thing, and if I ever get to do it again, do it better. I’ve already got a whole game plan in my head how to never let that happen again.

Q: Do you have advice for people who feel stuck in their career

A: Yeah, I know how that feels. We all feel that. We all feel like some days we just cannot make a good picture and in a really competitive environment like D.C., if you don’t get the picture, someone else did. And you can feel not only like you missed it, but someone else got it, and you feel like double crap. It’s a tough way to go. And we all go through ­long stretches where I feel like, you know, three, four months and I haven’t made a picture that I like. And you know, that’s a frustrating feeling. But I think that you just have to power through it.

The hardest thing to realize is that no matter where you are, whatever kind of funk you’re in at this moment, there is another side to it. You know, life is just one cycle after another. You’ll pull out of it. That sounds very naïve. It sounds very “Oh, the sun will come out tomorrow,” but really, if you just hang in there and you always work hard, then I honestly believe that you can combat whatever low point you feel like you’re in. I think that talented people always win out.

Jonathan Gibson, a sophomore at the University of Mississippi. He worked as the assistant lifestyles editor for the Daily Mississippian in 2017, and he now works as a video production assistant for the school’s University Communications department. 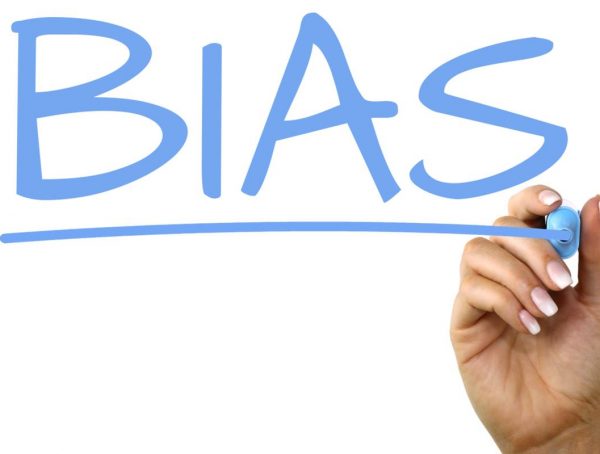