Television news has always been a team sport. Almost nothing gets on the air that hasn’t been touched by several sets of hands. Reporters, photographers, video editors, producers and managers all influence the content. But in many TV newsrooms, there’s rarely much discussion about how to improve the content. As my former CBS colleague Wally Dean likes to say, we’re really good at picking stories apart after they air but we don’t do much to help them beforehand.

The standard excuse is that everyone is just too busy to make that happen. A news director can’t possibly spare the time to help every reporter through every story every day. A chief photographer who also shoots can’t possibly help other photojournalists do better work on a daily basis. Fair enough. But managers aren’t the only people who can offer assistance. The truth is that anyone can do it, by becoming a coach in the newsroom.

Coaching means sharing responsibility for what goes on the air. Photographers help reporters write. Reporters and photographers offer newscast producers material for teases and tags. Assignment editors ask questions instead of just giving orders. And it doesn’t have to take much time to help a colleague produce better journalism.

The key to a coaching culture is simple yet profound: journalists have to learn to listen to each other.

Coaching often begins in the morning editorial meeting. Instead of running through a list of “must do” stories for the day and assigning them at the start, coaching newsrooms solicit story ideas and encourage everyone present to weigh in with suggestions on how to approach those stories. At some stations, staffers share responsibility for running the meeting, rotating the assignment week-to-week. The only rule is that managers are never allowed to be in charge. “Giving people a little bit more power and control,” says photojournalist Mike Plews of WOWT in Omaha, “they really get excited about bringing stuff in.”

Coaching also happens outside the newsroom, often in the car on the way to an assignment. Reporters and photographers who coach each other apply what former NBC correspondent John Larson calls the rule of thirds. They can complain about the boss or the assignment or the weather, but only for a third of the time they spend driving to a story. The rest of the time they have to discuss and plan what they’ll do that day.

Teams that coach don’t practice “standing around journalism,” to borrow a phrase from Lane Michaelsen, news director at WTVJ in Miami, Florida, and a former news photographer. The reporter doesn’t wait in the car while the photographer shoots the b-roll, and the photographer doesn’t go for coffee while the reporter does pre-interviews. Instead, Michaelsen says, they stay together and talk frequently so they both know what they’re getting and what they still need to tell the story.

Reporter Kim Riemland and photographer Bill Strothman coached each other regularly when both worked at KOMO-TV in Seattle, Washington. Kim says Bill wrote the best line in one of her daily news stories about the protests against the World Trade Organization–“In downtown Seattle today, the First Amendment ended at Fourth and Spring.” Bill says Kim suggested the perfect audio transition, from the sound of a machine gun to a sewing machine, for one of his favorite long-form pieces on a woman who makes quilts for war refugees. But they weren’t just a two-person team. Each of them involved others throughout the reporting and editing process, asking for ideas and feedback from producers and editors, and sharing the compliments after a story aired.

In a coaching newsroom, no one is shy about seeking the help they need and they often turn to peers to get it. When Bob Gould was chief photographer at WZZM in Grand Rapids, Michigan, he would invite other photographers into his edit bay to screen stories that he was working on as a kind of reality check, “to see if an edit works, if sound is understandable.”

Coaching newsrooms build on the positive. They may begin each morning meeting with a “daily win,” reviewing what went well the night before.  Scott Libin, news director at WCCO in Minneapolis likes to show tape from the previous day’s newscasts to celebrate successes.

Changing the culture may be more difficult in a television newsroom than at a newspaper, because the staff turnover tends to be higher. But even if only a few people are committed to the practice, coaching can take hold in what Riemland calls a “conspiracy of excellence”–a bottom-up effort that improves the product and makes the newsroom a better place to work. “When you get a few dedicated people who are committed to excellence to be supportive of each other, not only will your work be better, but others will notice,” Riemland says. “It can be contagious, and pretty soon that small core group has coached the management by example.” 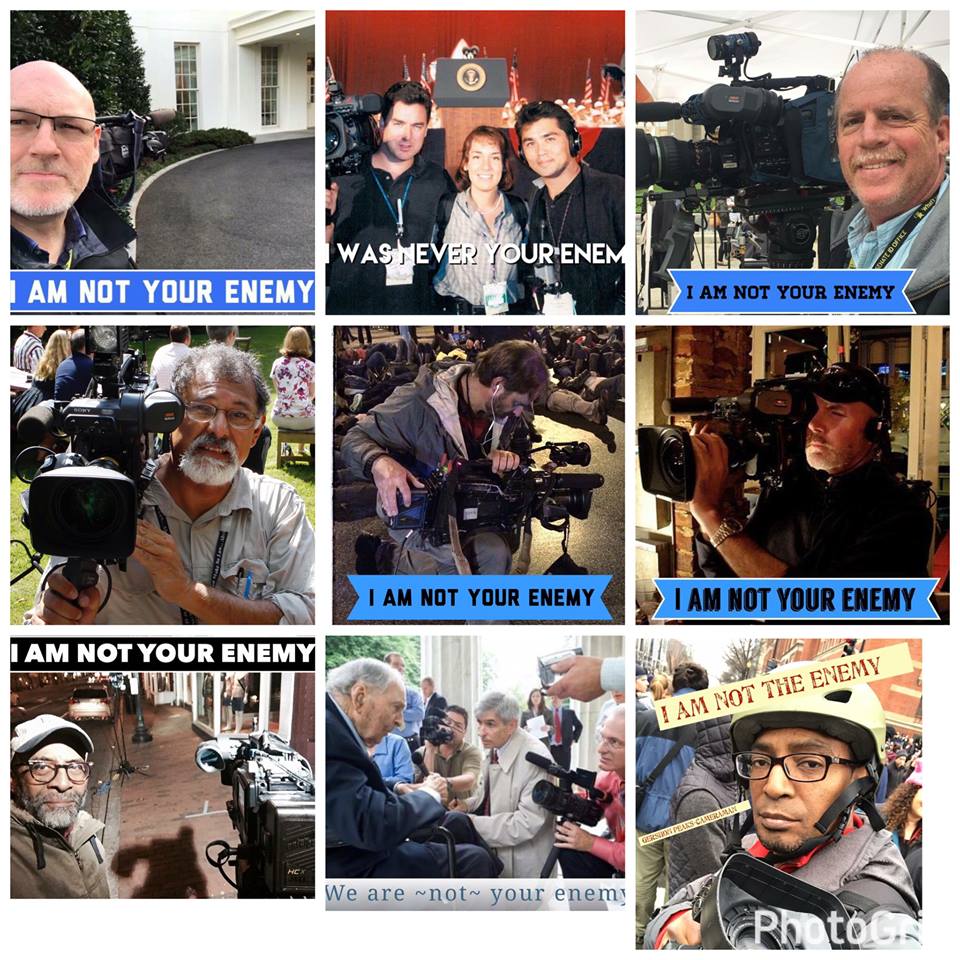 Issues
Not your enemy 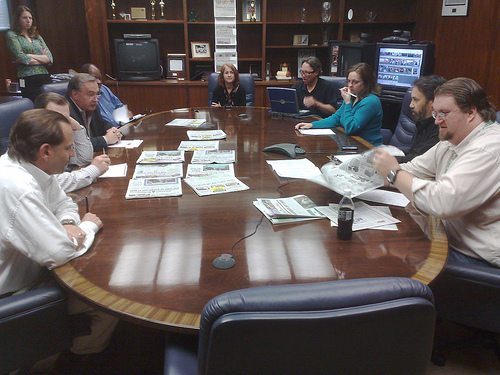 Tools
How newsrooms stay on top of the news